When the PNGMSA asked me to be their patron for 2015 I was pleasantly surprised and happy to guide their projects. In a meeting with their president, he shared his vision of promoting UNITY among the medical students as he felt students were fragmented in their activity and isolated in their ethnic groups. So we agreed on a Unity Hub session and thats we called “Patron’s UNITY HUB NITE”.

The sessions were to be held every month and we would have various speakers share their stories and passions with the student body.

For the inaugural event, the speaker was Co-Founder of HUMANS OF PAPUA NEW GUINEA, Nick Piakal

Me shaking hands with the PNGMSA student president. 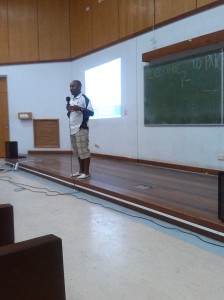 Me addressing the students 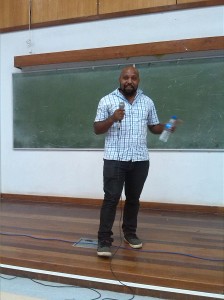 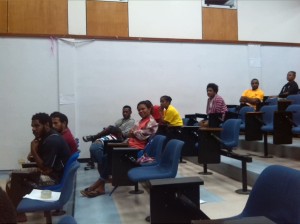 Members of the public also attended

Next UNITY HUB NITE will be end of June 2015 and already word is getting to what we are promoting.